Congrats to Scott, the lucky winner of our follower sign-up contest for the month of May! Thanks Scott, for the support!

Our pals at KICKER stepped up last month to provide a custom Unleaded Zeppelin skinned iKick 501 iPod/iPhone dock for the May contest! These things RAWK! Designed to be the loudest docking stations on the market; we use iKicks exclusively, to power both the internal and external tunes on the Unleaded Zeppelin. 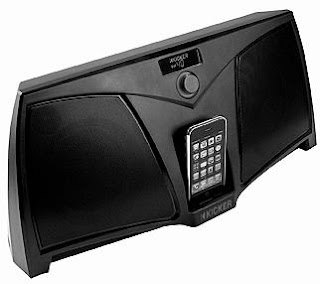 Be sure to sign up, as another lucky winner will be chosen from our Blog/Facebook/Twitter followers list at the end of June (join all 3 to increase your chance of winning). If you have issues signing up, just send your name and email address to unleadedzeppelin@gmail.com and we will enter you manually. Good Luck!
Posted by The Keith Oliver No comments: 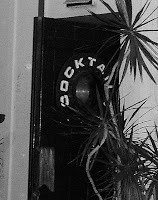 Tucked into an ageing strip mall along an affluent stretch of PCH in Malibu, The Dume Room squatted like a transient on Rodeo Drive (pronounced roDAY-o, for you fly-over dwellers). Dislodged former locals and current celebrity neighbors squeezed into this smoky, apartment-sized den of iniquity to swill stiff cocktails and suck up lungfuls of carcinogens.

The thought of a fight breaking out in Malibu invokes visions of botoxed celebutants, or litigious suits. NOT at the Dume Room. Liquid courage flowed freely there. Nearly every weekend saw misplaced Pepperdine students and disgruntled former residents taking deserved swings at each other. Refreshing, I must say, for this southern boy. In fact, I nearly joined the club when a first date decided to opt out, and hitch her wagon to Martin Sheen's lesser-known Hispanic son. Can't really blame her though, I took her to THE DUME ROOM! Nice of the bartender to make sure he picked up my tab along with my date. She resurfaced a few days later with some 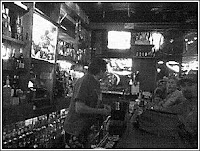 The Dume Room's fate was sealed from the start. Money can't buy cool, but it can sure get rid of it. The place closed back in '06, and last I checked, they still hadn't opened the Starbucks that was slated for it's spot. Hmmm...
Posted by The Keith Oliver 2 comments: 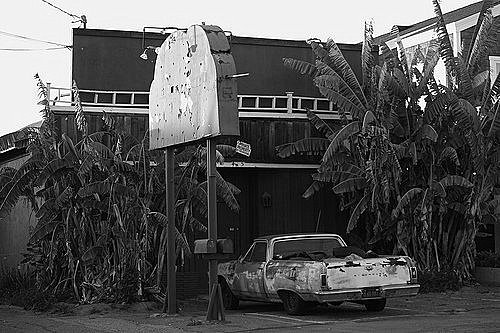 I lifted this saying from legendary Newport Beach restaurateur, and civic pain in-the-ass Sid Soffer. The sign that hung inside his abandon warehouse turned secret, locals-only steak house read: "Welcome To Sid's...Don't Tell NOBODY!" Sid was famous in this affluent beach-front community for serving up great food and stiff cocktails at a good price, in an authentic setting with TONS of attitude. He ran Sid's Blue Beet for years before going "underground" at his place on Newport Blvd.

Sid's battles with the City Council were of epic proportion. He once was voted to the coveted 100 most Influential People in Newport Beach list. The story goes, he was bestowed this honor in order to aid in his apprehension. Seems his feud with a local judge (also on the list) had evolved into a bench warrant that authorities were having a tough time serving. Always the outlaw, my boy Sid skipped the gala event in order to relocate to Las Vegas! I was lucky enough to spend time with him in Newport and in Vegas. His love of obscure blues music, as well as his disdain for power-tripping politicians inspires me to this day. I'm told that Sid has joined his friend Evel Knievel at that great Vegas lounge in the sky. My heart goes out to their bartender, yet I hope to take his place someday!

The DTN section features some of my favorite local escapes, so please... DON'T TELL NOBODY!
Posted by The Keith Oliver No comments: